Excepting my immediate family, I didn’t grow up around many Koreans, so my understanding of what it means to be and look like a good one is based on one main thing: reiterations of a stereotype from a variety of sources. Adjectives I would use to describe the ‘ultimate’ Korean woman are: deferential, passive, overachieving, obsequious, and hardworking.

In many ways, I was good at fulfilling expectations/stereotypes at the start of my life. I played piano competitively (you have my permission to cry and/or laugh), became jealous of my older brother when he was “lucky enough” to go to Kumon (which resulted in my fabrication of math homework at home, which made no sense because I didn’t understand the meaning behind numbers), performed well in school, and desired achievement in all my bougie activities (including flute, choir, solo classical singing, and ballet). Parental expectations were high, but even at a very young age, my expectations of myself were even higher and more unattainable. And, to top it off, I was absurdly obsequious. Though I wasn’t gifted in math or science (I think I peaked in middle school), so far I sound like a pretty good Korean, right? Right. 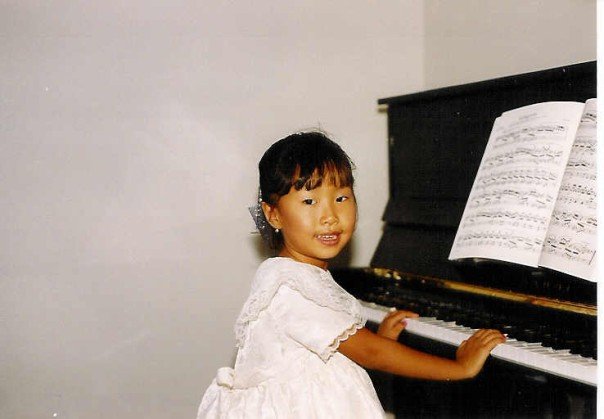 Little Yejin as a good Korean

Enter college. I blame (read: appreciate) college for unveiling a whole mess of complexity around my identity as a Korean and person of color. During my first semester as a freshman, I took an upper level history class on black modernity, which was taught through the lens of Ralph Ellison’s Invisible Man. Dope. I really had no business being there, because I wasn’t learned or capable enough (at the time) to fully understand a lot of the material, but I’m so glad I took that course because it sparked a piece of me that remains at my core: an investment in antiracism work and identity politics. This newly discovered passion coupled with my not-great experience with some Koreans and Korean-Americans on campus (who didn’t want to initially befriend me because I didn’t share their interests or religion, and, my personal favorite, because I didn’t look super Korean), moved me to bypass that part of my identity and start thinking of myself solely as a person of color. Goodbye, KPOP! Goodbye, Morning Glory! Goodbye, obeisant Yejin! 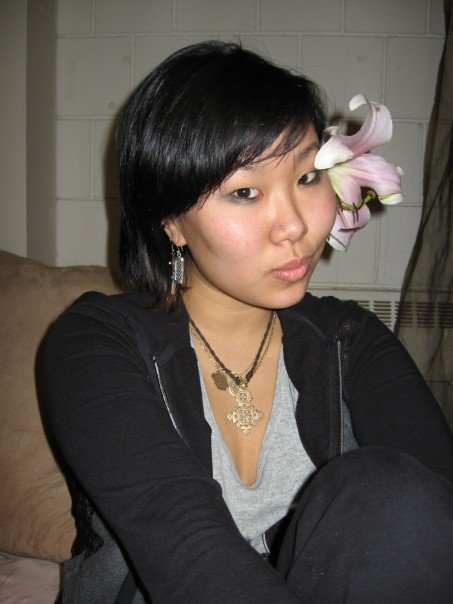 College/Bad Korean Yejin with too many mismatched piercings, necklaces, and opinions.

But, as I started understanding my own privileges (of which there are many), I engaged in a lot of difficult conversations with mostly black and brown students about whether East Asians should be included in the ‘person of color’ identifier, at all. We had interesting, sad, and passionate discussions about whether a hierarchy of oppression exists, and how the answer should impact our daily interactions and our work. My first instinct was to be an ally to those who experience a different type of systemic, cultural and interpersonal racism, and to fully agree that there was no reason to be grouped all together. I rejected the importance and relevance of my background and focused solely on how Asians could and should be allies to our black and brown brothers & sisters.

Around the same time, I took an amazing and challenging US immigration history course, where I learned more about the Chinese Exclusion Act, the extremely racialized nature of immigration policy, and the intricate relationship between immigration, labor, and whiteness. I focused a lot of my time researching the third and fourth waves of immigration, and came to a new conclusion: that shit was complicated. I began to push back against the argument that Asians don’t experience racial discrimination (beyond the “ching chong” comments), not because I wanted to acquire some counter cultural capital, but because I began to see how power operated on a systemic and policy level to undermine non-white people, and, importantly, because I began to see the limitations of identity politics.

I am a middle-class Korean-American whose father is a dentist. I experience great privilege regarding class, education and gender identity, among other things. I am not poor. I have never been profiled or stopped-and-frisked by the police, nor do I fear for my safety, life, and constitutional rights when I see a cop. I am also not all Korean Americans or East Asians. I am not a working migrant laborer without documentation who speaks minimal English. I am not a child of working-class immigrants in Flushing who serves as the sole translator between their parents and [name any institution]. And I realized: to exclude any Korean or Asian history or experiences from anti-racism organizing would be a mistake.

The ‘person of color’ identity suddenly was not enough by itself. Without constantly locating my different and moving privileges (and experiences of discrimination), I couldn’t be a proper aspiring ally to my comrades. And without identifying as a person of color, I didn’t feel like I could incorporate the complexity of racial history and practices of oppression in my work and life. This meant that I was ready to invite my Korean-American identity back into my world. Hello, old friend!

For whatever reason, people have a really hard time accepting that they have specific types of power and privilege. I’ve never had that problem, and I’m grateful for that. Ultimately, I still think I’m a pretty “bad” Korean when it comes to the stereotype. I can be a bit abrasive. I still suck at math. I’m definitely not passive. I am an intense over-sharer (as you can tell). But, what on earth should it mean to be a good one? I hate when people say things like “a real/good American would…blahblahblahiamsoboring” in order to justify an exclusionary and simplistic tenet (e.g. ‘real Americans don’t take handouts from the government’). In response, I try to broaden the frame. Good Americans care deeply for those in poverty. Good Koreans care deeply for their black and brown brothers and sisters. So, maybe, just maybe, I’m not so bad.

“Our challenge, as we enter the new millennium, is to deepen the commonalities and the bonds between these tens of millions, while at the same time continuing to address the issues within our local communities by two-sided struggles that not only say ‘No’ to the existing power structure but also empower our constituencies to embrace the power within each of us to crease the world anew.”
– Grace Lee Boggs, The Next American Revolution: Sustainable Activism for the Twenty-First Century

And now, for a recipe. Korean food. Ugh, how I love Korean food. But, I’m lazy. Well, I guess that’s probably not super true. But I’m lazy when it comes to making Korean food because I don’t feel like going to H-Mart for ingredients, and Korean food requires a lot of preparation that I don’t really have time for on weekdays. But, this recipe is pretty quick, easy, tasty, and makes the apartment smell SO GOOD (and vaguely Asian) for hours.

1 ½ pound boneless chicken thigh (I don’t like cooking with chicken breast, but you can use whatever you want!)

Serve this with white rice and some sauteed veggies, and you got yourself a kind-of-Korean dish. I also like to have something tangy with this chicken to balance the umami of the marinade. Kimchi, pickles, salad, whatever!

One thought on “On Being a “Bad” Korean, Identity Politics, and a Dak Bulgogi Recipe”

This site uses Akismet to reduce spam. Learn how your comment data is processed.